Oregon grown, Nashville raised! The Brethren are a band of brothers who created an overnight sensation of country roots and rock and roll!

The story of The Brethren is both unique and familiar. Brothers often make musical history. From Noel and Liam of Oasis, to the Allman Brothers and the Jackson 5, the world Loves the story and sounds of siblings making music. That’s why bassist Lonnie Chapin (Grammy Winner) and his brother Chad Chapin (Grammy Nominated Drummer and BMI Song of the Year winner) knew something was special was cooking when another set of brothers from their same little hometown in Oregon approached them to write some songs.

Brothers Casey Parnell and Corey Parnell are musical powerhouses in their own right, having written hundreds of award winning songs and toured constantly for the last decade. The potential between the 4 of them was staggering. Before they knew it, these 2 sets of brothers found themselves locked up in an East Nashville rehearsal space writing as a band with ease.

Those whiskey fueled all-night sessions produced a sound that is both stage and radio ready. They’ve assembled a panel of a-list Nashville songwriters to help them hone their songs and style. It’s rock and roll energy with country roots. It’s stories of romance and rebellion. It’s a look, a vibe, and a sound ready to take on the world.

Get more info about The Brethren. 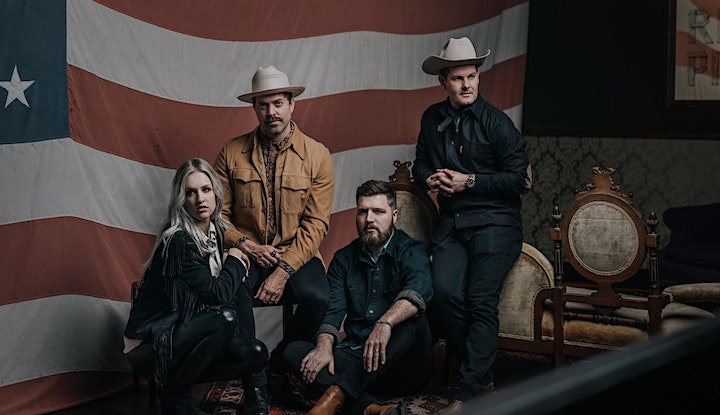 The Parnells are an Americana/Country band from Bend, OR, bringing a sexy, indie flare to the classic country sound. Powerful vocals, tight harmonies and strong guitars drive their rootsy sound. Whether performing with their full band, or as an acoustic duo, their set is high energy, nostalgic and emotional. For fans of Chris Stapleton, Brothers Osborne, Kacey Musgraves.

Get more info about The Parnells.